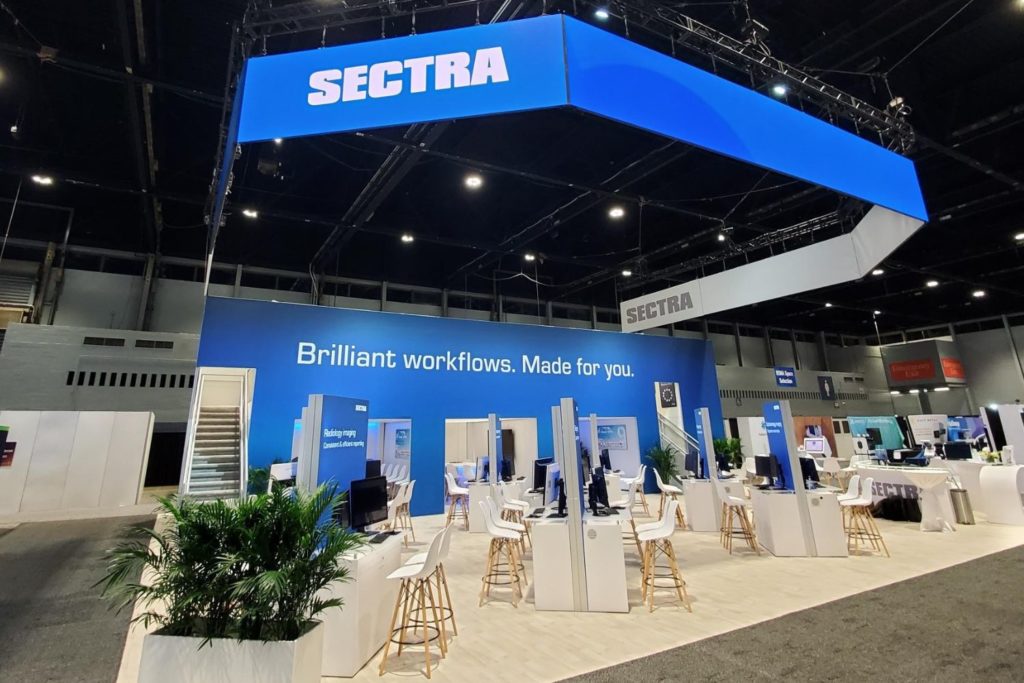 This year, as you’re feasting on Thanksgiving leftovers, our Exhibit Concepts team is busy bringing two of our clients, Bracco and Sectra, to the halls of McCormick Place for RSNA. The annual show runs from November 27th through December 1st.

Earlier this month, set-up began as both Bracco and Sectra hit the show floor in a big way. With relationships dating back nearly a decade, both companies are making a splash with their booths.

Let’s take a look at what you’ll see.

Bracco is looking to steal the show at RSNA with a truly unforgettable booth. The Italian medical diagnostics company is located at booth #4100 in the South Hall. Their large 40’x80’ booth features a variety of engagements and opportunities to draw in and fuel interaction with clients. The highlight of the island booth features a 3D engagement located above a coffee area. The entire display is constructed with inviting vinyl flooring mixed with carpet and a large overhead banner with matching, complementary signs. Further into the booth, Bracco members have the opportunity to network with attendees at several intimate workstations, an appealing reception area, a tech-filled media center, large presentation spaces and even two separate private meeting rooms.

Sectra is bringing its presence to McCormick Place’s North Hall. You can find the Swedish-based medical imaging company at booth #8115, with a 60’x50’ booth crowned with a large banner overhanging the entire display. Within the island booth space, attendees are greeted by a double-deck structure that houses three presentation areas on the lower level and two conference rooms on the upper level. Across the expansive layout, there are several bar tables to accommodate guests and numerous workstations to cater to clients. There is also an expansive use of engagements, including touch screens, LED monitors, and more. Lastly, the space features a hospitality and reception area to greet attendees.

Whether you’re attending RSNA as a professional or on behalf of an exhibitor, we invite you to stop by and #ExperienceECI at either booth. We pride ourselves on creating unforgettable experiences for our clients. Whether admiring the dynamic 3D engagement at Bracco or taking in the double-deck structure at Sectra, we want to hear from you. Connect with us today to learn how we can help with your next project. 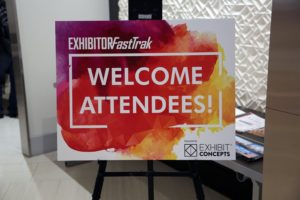 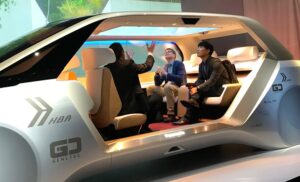 Exhibit Trends from the Show Floor at CES 2018 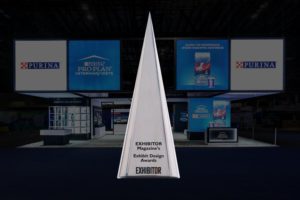 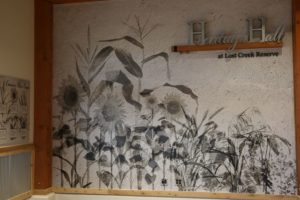 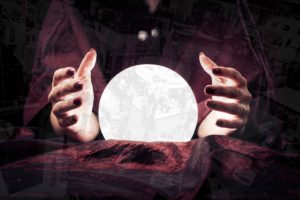 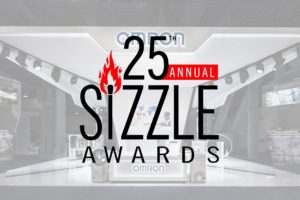